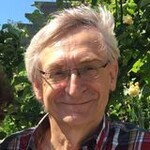 Top Posters In This Topic

LOL. When the died in the wool glider guilders are finally discovering the joys of electric flight I am trying to interest people in the new line launched thermal soaring class. It looks like I am 180

It seems something is actually in the works regarding a competition. I will let you know when I have details.... Jon

In addition to my post above on spreading the word to get more people interested in the F3 / F5 RES class of glider.  I have just had confirmed that I can arrange more "events" at a private airst